RISING FROM THE BOTTOM 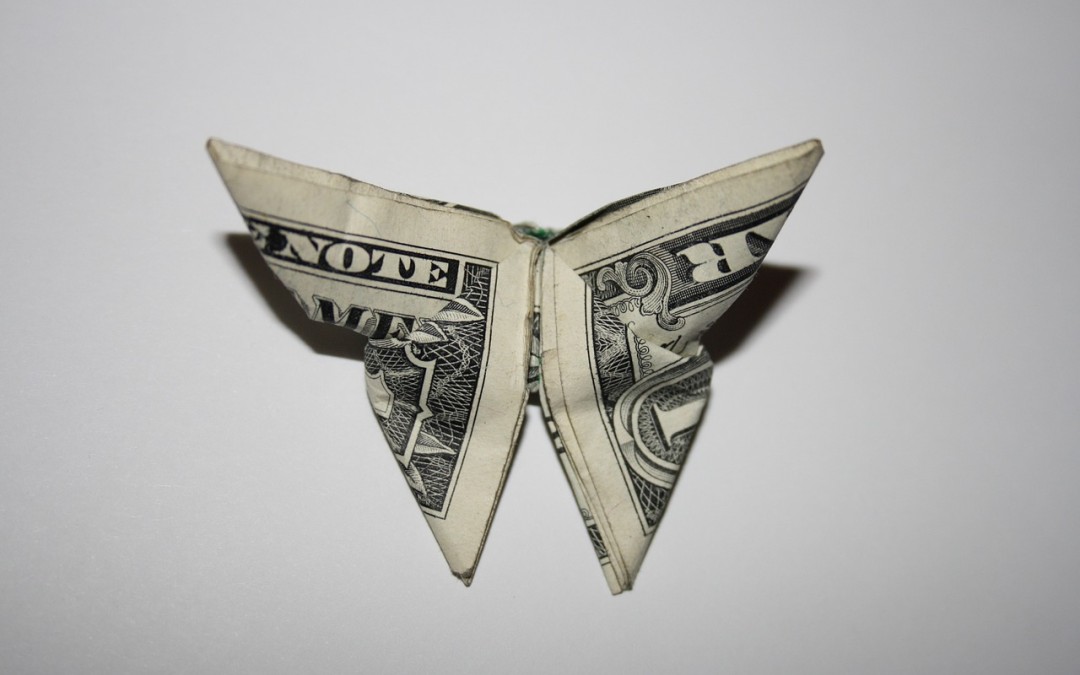 No money at all. Or “emptypocketsephlitas,” as I used to refer to it. This is a word that I’ve coined with my ex, which is a noun (n.) defined as “a horrible disease that tends to affect pants’ pockets, checking accounts, savings accounts, and one’s financial stability.”

It’s never enjoyable to not have any money, especially while I was in the middle of completing my Master’s degree years ago. I was as broke as a homeless man with a gambling addiction and no luck. And just for the record, no one can tell me that money isn’t important or doesn’t bring about happiness. For I’m grateful and HAPPY for the home that I live in that happens to cost money each month. I’m grateful and HAPPY for my full stomach because it’s filled with food and drink that I was able to purchase with money that I’ve earned. I’m grateful and HAPPY that I can help to pay for my son’s college education so that he may better himself.

Don’t get me wrong — family and health are at the very top of my list of important parts of my life. However, I will never disregard money; for I don’t know anyone who doesn’t need it in this world. Now that we understand my stance on the “green paper,” we can get back to the topic at hand…

In the interim of working towards my Master’s, I was a substitute teacher when I was able to be. A mom 24 hours a day to a 10 year old who was very smart and supportive. I was a student for 15-20 hours a week. I was working through a separation that was heading towards divorce. And as much as I hate to admit it, I was living off of a credit card and my student loans while living IN an extended stay hotel with my baby boy. Not exactly an exciting moment in my life.

Napoleon Hill, author of the spectacular book Think & Grow Rich, would have been so disappointed in me. It’s a spectacular book that basically discusses exactly what its title requests its readers to do. It’s at a point as low as this that I realized that I can have all of the knowledge in the world, but if I don’t apply that knowledge to create something beneficial to others, I will still end up without any money. This is where I found myself. No money. But this was all temporary, as I was on a mission to help others.

My path could have been easier, but I chose to be real. I chose to be authentic. Authenticity doesn’t promise “smooth sailing.” As a matter of fact, it required me to roll up my sleeves…

The Uncloseted Professor revealed. I chose to live the life that was true to my core; a core that I had NO CHOICE in creating, as I am who I am.

I made a decision months prior to go get my Master’s. I remember the moment that I made that decision. My husband (at the time)/business partner had just secured distribution only to have the entire “financial crisis of 2008” occur during the same timeframe. Getting distribution was huge because I knew that was key to an ROI for my investors. The stock market crashing had nothing to do with me, but I remember saying that I want to be a guide for other people so that they won’t feel as alone in the screenwriting journey as I had for so many years. In one of my lowest points I was thinking about how I can change my life around to help others and financially benefit from it at the same time. Even with these intentions, months later, through the duration of the Master’s program, I experienced challenges and obstacles. There were moments when it didn’t feel like it was all worth it. Sometimes in the midst of the crap, the “storm,” or whatever you choose to call what is not an enjoyable experience to go through, it feels a little hopeless. It’s in these moments that determination and your goals are all you have to hold on to.

The idea to teach Screenwriting at the college level popped into my head. I began to do research on what it would take to be a college professor. I had industry experience in Screenwriting, so I didn’t want to get a degree in the same area in which I had real-world application under my belt. I wanted to learn everything I could about teaching, and therefore I decided to get my Master’s in Education.

Within 4 months of receiving the degree, I was standing in front of a classroom full of young and eager minds teaching Screenwriting 1 at a college well known for its Film program. A vision of mine came to fruition.

However, before that first day of class as the Professor, I remember feeling like my goals were constantly backing away from me, almost like the feet of a basketball player playing defense. Nevertheless, that same year that I received my Master’s, I walked into Blockbuster (Google it. It’s where people used to go to rent movies) with my girlfriend and saw my film on the shelf. My independent film was right next to the big Hollywood movies. I didn’t feel like I had “arrived.” As a matter of fact, I remember feeling very humbled.

Bad times do come and bad things happen– to good and to bad people. That’s just life. Extremely annoying, but apparently that’s what we all signed up to deal with as human beings.

The LESSON today, however, is that “bad” doesn’t last forever. Nothing lasts forever.

How you go about getting out of the negative situations that you find yourself in is to create a vision, even if it’s one that only you can see, and follow it with a plan that you consistently execute for its attainment. Napoleon Hill taught me that.

FUN ASSIGNMENT: Write down 1 or 2 of the most challenging situations that you found yourself in and how you effectively pulled yourself out of those situations. What did you learn about yourself?