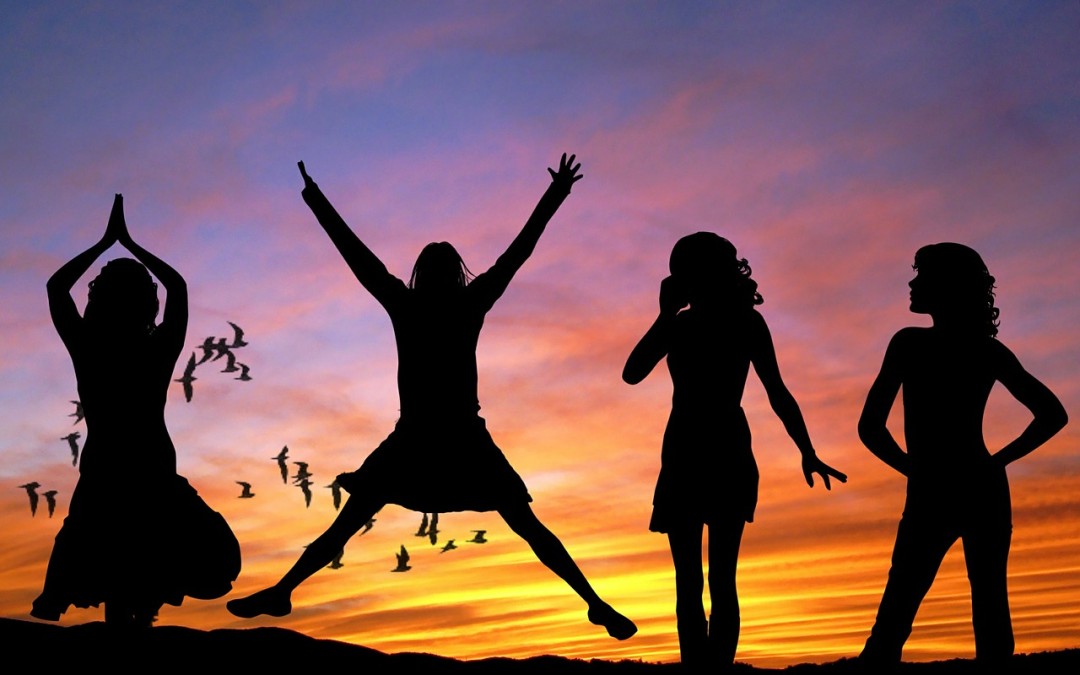 Apparently the levels of estrogen flowing through my body qualifies, or better yet, requires that I make mention of this spectacular month! It’s Women’s History Month! With being a Black, Gay Woman I’m given many platforms in which to speak… or to write. Either way… I’m happy to do it. I love sharing my journey from my perspective to all those who choose to listen and read.

I mentioned in an earlier epiBLOG that I don’t allow being Black, Gay, or the fact that I’m a Woman excuse me from moving forward with my goals. It’s taken a long time to arrive at the destination of pride from which I find myself standing right now. Just to be clear, being proud of who I am as a Black Woman has NEVER been a challenge for me. My parents have raised and nurtured me in an environment that has allowed me to have self-respect, self-worth, and high self-esteem. They have always surrounded me with their love and their constant support of my goals and dreams. I couldn’t have asked for better parents. My brother and I have been fortunate.

I have always been proud to be a female. It’s embracing the world’s view of femininity that’s been more challenging to work through than anything, as I was a tomboy and athlete growing up. I remember running across the playground in second grade, and two girls my very own age said that I ran like a boy. Clearly, the tone in which the words were said, and the words themselves, were meant to be an insult, and therefore, didn’t feel good for my 7 year old ears to hear. The wrong words can hurt, regardless of how old one may be. But those words didn’t stop me from running…

Even though it happened occasionally, I hated wearing dresses. I hated make-up – and I still do. Finding me on the basketball court after school or running on the track in the early mornings is where you would usually find me. But I liked being me – the female athlete. Being a female who ran Track and played Basketball created within me an inner strength that I’ve carried with me throughout my life. Participating in those sports is the reason that I’m goal-oriented, have a strong work ethic, and work through plans that I create for myself. My mom and dad instilled in me the belief that I can accomplish anything as long as I was willing to work for it. Being a “girl” was never a limiting factor for anything in our household. And “running like a boy” served me well in Track & Field in high school.

Fast forward to many years later, I publically “added” the “gay” component to who I am, almost like a questionnaire on an application. I hate that sometimes we are reduced to our social security numbers and checked boxes. However, that proclamation changed my perception of the world, and perhaps the perceptions that others have of me. The thing is, even though I could never articulate it or willingly admit it to myself years ago, it was always a part of who I was, who I am. I never transformed into being Gay, but rather I found enough pride in myself to admit it without shame. Verbalizing it or publishing it in writing is when it becomes a reality for others, and sometimes, a reality for the newly out individual, but the truth was always within.

I know people must think: “What’s the big deal? Nobody cares anymore if someone is gay.” First of all, it is and can still be an issue in several different arenas. I’ll discuss that at another time. However, I will say that being Gay is obviously more accepting now than it was 10 years ago, and especially more accepting than it was when I was in high school a little over 20 years ago. Yet, I digress, this epiBLOG isn’t about being gay, but it’s about being proud to be who YOU are and for me to be proud of who I am as a Black, Gay Woman.

See, what I realized is that each of those components contributes to the whole of who I am. I’m also an Educator, Screenwriter/Filmmaker, Mom, Partner, Daughter, Sister, and Friend to many… I embrace all components of who I am.
Pretending that a certain component of myself doesn’t exist for the comfort of those embracing their own traditions and holding steadfast to their own convictions had been an exhausting portrayal of who I am. Life is too precious to be exhausted all of the time.

Instead… life should be celebrated.

And this month we celebrate the presence and accomplishments of ALL Women.

Now that you’ve had your history lesson that you didn’t ask for, I feel as though this is an opportunity to celebrate all women around the world, and not just those of us in the United States.

And if you are a woman yourself… or even a man who happens to be reading this particular epiBLOG, the LESSON today is to love who you are without apologizing for it.

FUN ASSIGNMENT: Do something positive for yourself that you wouldn’t normally do.